5 Key Tips to Improve Your Vertical Jump | Get Results Fast!

The ability to jump high relates strongly to your overall athleticism. Many sports and activities involve this vertical movement.

The good news is you can specifically train this area of athleticism. In this article, we go over multiple training aspects that will significantly increase your vertical jump in no time! Let’s get started.

One of the most important factors in being able to jump high is building explosive power, especially from the lower half of the body. While the lower body is crucial to jumping higher, engaging the core and swinging the arms to generate momentum also boosts your vertical jump.

By building this explosive power, you can train your muscle fibers to fire more efficiently and at optimal output. You can actually train our central nervous system to fire these muscles in a way that maximizes explosiveness and total output.

Also, since you’re trying to jump as high as possible, you have to maximize efficiency to push yourself off the ground. Explosive exercises are ones that train aspects of strength and speed.

In simple terms, you are trying to get stronger and faster at the same time. Beginners will benefit most from the strength gains at first and as you get more experienced, the speed aspect will become much more significant.

In your training, you need to focus on fast twitch muscle fibers to improve your vertical jump. Fast twitch fibers require a greater stimulus for the body to activate efficiently.

To perform a depth jump, step off a box onto the floor. As soon as your feet land on the floor, you immediately explode back up. This is a form of shock training which trains reaction time.

Your body absorbs a shock when landing on the ground. By exploding immediately back up, you train the lower body to have greater muscle activation.

This improves central nervous system stimulation, resulting in the body becoming more adapted to firing upward. There is a neurogenic effect between the time of the lengthening and shortening of the muscle.

If you can shorten this time by anticipating the shock from the ground, this will result in a more efficient jump.

You are training the lower body muscles to lengthen and shorten as fast as possible. When doing this along with your established explosive power, you will fly off of the ground.

Also, it's important to mention that the depth jump motion itself will contribute to increasing explosiveness.

3. Roll Out Your Legs

Knots in your legs restrict the amount your muscles are able to lengthen, which results in making them weaker. The more you can lengthen the muscle, the more power will result as you transfer back to shortening it.

Foam rolling slowly over muscle knots will help relieve them. It may not be the most pleasant feeling, but it is an essential practice if you want to jump as high as possible and increase your mobility.

If you don’t get these knots out, you won’t be able to activate the muscles as efficiently and the benefits of the quickening neurogenic effect from the depth jumps won’t be utilized.

This means you can’t train as optimally and you won’t jump as high as you truly could. It’s a rather simple method, but it will go a long way with helping to increase your vertical jump.

4. Establish A Point Of Progression

As you try to jump higher, you have to monitor your progression. Whether it’s reaching a certain point or getting your feet up to a certain level, you have to know where you are and then recognize improvement.

Just like any other form of training, results obviously matter physically but they also play a huge role mentally.

Seeing consistent improvement is extremely motivating. For example, say you’re trying to dunk and right now you can only touch the net. You can’t expect to all of a sudden be touching the rim.

You have to progress to that point and by consistently increasing your jump height level, you will be closer and closer every time.

Calves are the last muscle group to leave the ground when executing a jump. They give you that extra push to reach an extra inch higher. You use your calves daily to walk around, so when training them you have to put an overload on them to increase calf strength.

The calves may be a smaller muscle group, but since you are literally activating them daily and constantly, they are actually one of the most explosive muscle groups in the body.

They aren’t as large as other muscle groups so they can’t pack on as much explosive power, but by strengthening them they will contribute to your body’s overall explosiveness.

Many people say calf training is a waste of time. I completely disagree. Yes, there are exercises that recruit the calves, but by putting a specific focus on them, you will see more optimal improvement.

And when referring to the vertical jump, every inch matters. So to give yourself an extra edge, train your calves and make them stronger.

Don’t neglect vertical movements from your training. The ability to train your body to move in multiple angles and directions is vital for overall athleticism. Apply these 5 specific principles to get you from where you are now to being able to jump significantly higher. 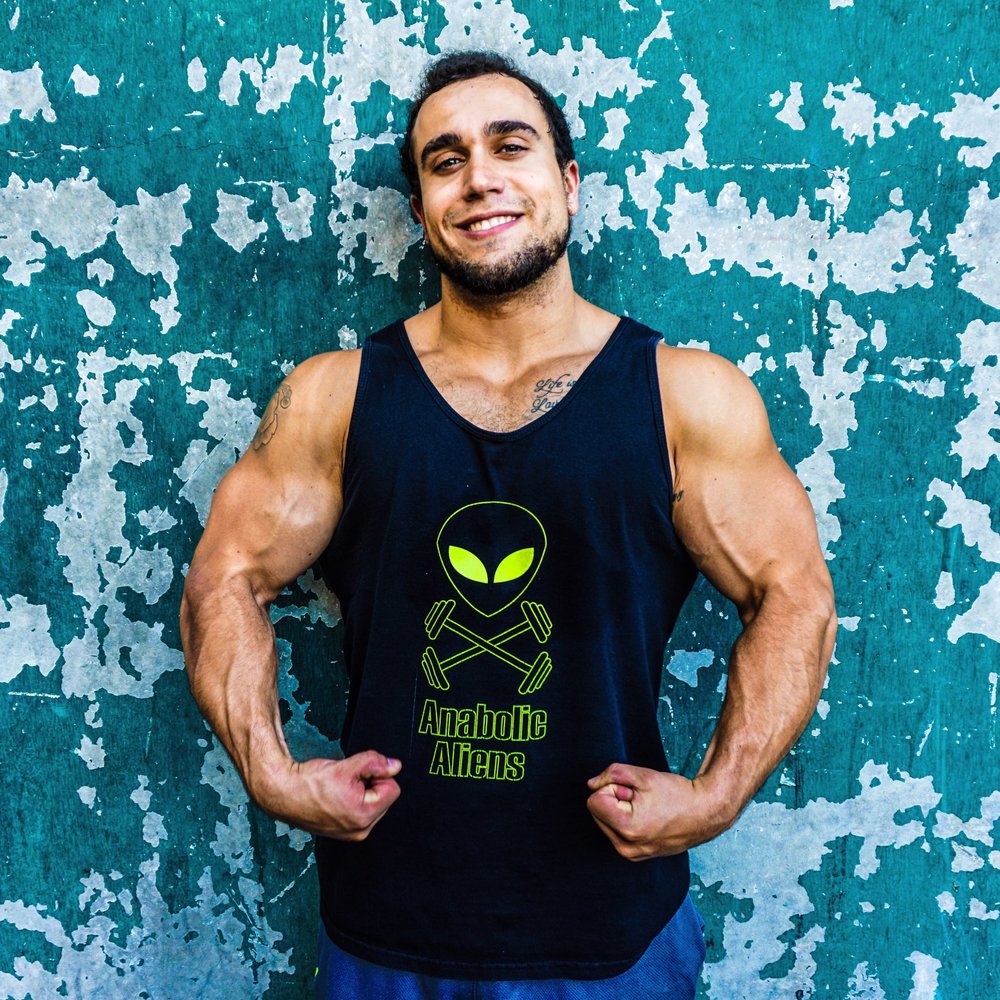 Mike Rosa
Owner of Anabolic Aliens
Want More?
SIGN UP FOR OUR WEEKLY NEWSLETTER!
Don't miss out! Get the galaxy's health and fitness secrets direct to your inbox.