Staying true to its name, the Glute-Ham Raise strengthens your glutes and hamstrings. While you can often find a glute-ham machine at a public gym, this exercise can be performed without  equipment as well.

The glute-ham raise is a versatile exercise that can help you optimize your leg workout programming!

Muscles Worked by the Glute-Ham Raise

Unsurprisingly, the glutes and hamstrings are the target muscles of the glute-ham raise. The gluteal muscles are a group of three muscles that make up your buttocks: the gluteus maximus, gluteus medius, and gluteus minimus.

It is extremely important to train all three muscles. Fortunately, the glute-ham raise is one of the best gluteus medius and gluteus maximus strengthening exercises you will find.

Similarly, a group of three muscles combine to form the hamstring: the biceps femoris, semitendinosus, and the semimembranosus. The glute-ham raise helps to build all three of these muscles in the back of your leg.

Many athletes and bodybuilders tend to overwork their quads at the expense of their hamstrings. If this sounds like you, the glute-ham raise is the perfect exercise to build strength in your hamstrings and grow the back of your legs.

This exercise serves as an isometric calf workout as well. This means your calves contrct while remaining stationary during the glute-ham raise.

Whether you are an athlete, bodybuilder, or simply someone who values fitness, this exercise will certainly help you build stronger hamstrings and glutes.

Many people who train their legs by squatting or deadlifting often complain of lower back pain. These exercises place a heavy stress on the lower back, which can cause discomfort and stifle gains from exercising.

On the other hand, the glute-ham raise places very little tension on the lower back. If you struggle with lower back pain but still want to work out your legs and glutes, this exercise is for you.

Your glutes and hamstrings are key muscles involved in both running and jumping. Their development is crucial to improve your vertical jump and your sprinting speed.

However, the calves are also involved in the running and jumping motions, as they are the closest muscle to the ground that aids in explosiveness.

As stated before, the glute-ham raise is an isometric calf exercise as well, which provides an added bonus of training for athletic performance.

How to do the Glute-Ham Raise

Before doing any exercise, we first have to become familiar with the necessary equipment. In this case, we are talking about the glute-ham raise machine.

Each machine is comprised of three parts: the foot plate, the ankle hooks, and the knee pads.

a) Position your feet firmly against the foot plate and allow your calves to press against the ankle hooks. Your knees should be slightly behind or exactly on the knee pads.

b) Start with your upper body perpendicular to the ground. Feel as though you are able to draw a vertical line from your head to your knees.

a) Tighten your hamstrings, glutes, and abs.

b) Slowly lower yourself until your body is parallel to the floor.

c) Next, press your toes into the foot plate and raise your body using your hamstrings (and some help from your glutes).

d) Squeeze hamstrings and glutes hard at the top to maximize contraction.

e) Stay controlled and slowly lower yourself back down and repeat.

This exercise can be difficult for experienced weightlifters, let alone beginners. Once you’ve mastered the glute-ham raise form, aim for three sets of six to ten repetitions.

For those who want a greater challenge, keep reading for more variations!

1. Bending at the Hips

Many lifters often bend their waist forward as they raise their body from a horizontal position. This likely occurs due to a lack of strength in the hamstrings, as bending moves tension away from the hamstrings.

Bending at the hips during the glute-ham raise is not inherently a safety problem. However, it will prevent you from seeing the maximum gains in your hamstrings. Instead, practice proper form with a variation to make the exercise easier!

After bending downwards to reach the point at which the body is parallel to the floor, many people have the tendency to hyper-extend their back as they raise upwards.

A hyper-extended back during the glute-ham raise simply occurs due to a lack of strength in the hamstrings.

If you feel major lower back tension during this exercise, you are probably hyper-extending your back. Don’t be discouraged!

The glute-ham raise is a difficult exercise. With steady practice, you will master the form in no time.

Grasp a 10-25 pound plate or dumbbell across your chest and perform the glute-ham raise with the same technique. This weight adds stress to the lever and directs more tension to your hamstrings, glutes, and calves.

This concept is known as accommodating resistance and it is an effective addition to the glute-ham raise.

Don’t have access to a glute-ham machine? No problem! The body weight floor glute-ham raise (also known as the Nordic Hamstring Curl) is for you.

To secure your ankles, you can use the bottom of a rack, the knee pads for a lat pulldown machine, ask a partner to hold your feet, or use any other creative method to stabilize your ankles.

Starting from a vertical, upright position, lower your body until your legs are almost completely straight. If you cannot complete the rep, push off the floor or a box to give yourself a boost upwards.

If you enjoyed the glute-ham raise, check out these other hamstring and glute exercises to bolster your lower body training:

Assume a standing position with your hands by your hips. Take a big step backwards until your rear knee touches the ground. Your front knee should be directly above your front ankle.

Then, thrust upwards to the starting position. Switch legs and repeat!

Assume a starting position on all fours with your hands directly under your shoulders. Brace your abs and extend one leg backwards as far as you can. Squeeze your glutes and slowly return to the starting position.

Position your upper back on a bench and plant your feet on the ground in front of the bench. Contract your abs and glutes to thrust upwards until your body is roughly parallel with the ground.

Slowly return to the starting position and repeat!

You don’t need any fancy equipment or expensive gym memberships to improve your lower body strength. Here are more alternatives that you can do in your very own home in just a five minute workout routine! 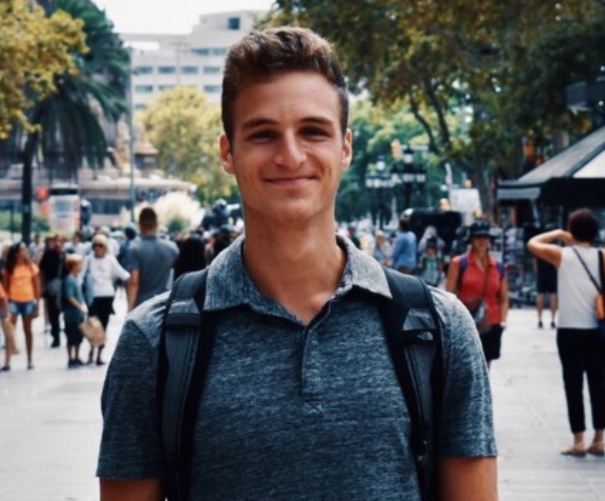